Western Tropical Astrology is geocentric. That means that we look at the placements of the planets and calculate them based on where they are relative to where you are standing on the Earth right now or at the time of your birth. Of course we know that the Sun is at the center of the solar system. Tropical Astrology is all about perception. Each person on the Earth is at the center of their natal chart. Everything in that chart surrounds that person. The Signs of the Zodiac are also based on this concept.

How Do We Determine The Sun’s Zodiac Sign Dates?

See how that’s a cycle? Once you begin to understand how important cycles are in astrology, things begin to become easier to understand and it all begins to fall into place.

Are The Astrology Sun Sign Dates Always The Same?

So — the fact that this is based on the seasons and the earth’s tilt means that the Sun Zodiac Sign dates can vary a little from year to year as years are not exactly 365 days. This is a great rule of thumb to determine which Sun Sign Horoscope you should read. If you are born on the day that the Sun leaves one Sign and enters another, you should have a natal chart done with your exact time and place of birth to determine which Sign the Sun was in at the moment and place you were born to determine which horoscope is right for you — along with a lot of other cool information, too.

I ought to mention, I’m using the word “seasons” to simplify — but I use the months above to describe them rather than Spring, Summer, Autumn, and Winter because those in the Southern Hemisphere are not celebrating the same season as those of us in the North. It is often asked by friends down under:

“It isn’t Spring here in March, so why am I the same Sign as someone in the North?”

The astronomical equinoxes and solstices still exist, regardless of where you live and which way the Earth is tilting. It really isn’t about Spring or Fall, but rather the relationship between the Sun and the Earth’s little tilt.

You can also read your Sign descriptions and get your Daily Horoscope here on Soulvibe, too! 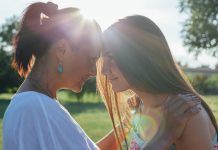 Discovering Your Purpose in Life

You’re Probably Projecting. Here’s How It Hurts You

Your Inner Universe: The World Inside Our Heads

Learning about Your Energy Centers: The Chakras