If you are worried someone has cursed you, perhaps you’d like to have a basic understanding of types of curses, including how powerful they are said to be and how long believers say they last. Spitting near someone, giving the evil-eye, verbal curses, and written curses are all ways to make a person believe they are cursed. There are also curses known as “long form curses,” which are thought to stick around for quite some time, as well as “object-bound curses” that involve a cursed object.

Broken down into a different set of categories, there are entropy curses, binding curses, lesson curses, and the occasional special-purpose curses.

If you find that things aren’t going your way — a lot — or you’ve been experiencing a bunch of painful scenarios one on top of the next, you wouldn’t be alone if you’ve been concerned that you’ve had an entropy curse cast on you.

A binding curse is said to simply make its target unable to take action, so that plans constantly fall through or you can’t follow through with them.

The lesson curse is said to be a form of magical retribution, such that if someone was excessively rude to a magic user on a bad day, that person will then find that anyone they try to interact with will be quite rude.

Lastly, special-purpose curses are said to result in life becoming basically a horror movie, like a sudden rat-infestation-in-your-home type of horror movie. Ew.

So, you think you’re cursed… what now? Well, you can do a few things to make yourself feel better and more confident — raising the vibe around you. Symbolism, religious rites, or similar actions can help you feel like you are taking steps to get control of your life and your vibe… which can be very powerful. For example, you could burn sage, incense, say a prayer or a novena, or wash off the curse in running water, such as a creek or river. Whatever works for you.

The truth is that the best way to break a curse is to stop believing that it has power over you. A curse can be powered merely by your belief in it. Take a page from the classic Henson movie Labyrinth and yell “You have no power over me!” right into that curse’s face!

Seriously, if you refuse to give a curse power over your life, then it cannot affect you.

Any power that a curse has is like a seed that needs to be nurtured to grow. The chances are that there is some external magical force that is impacting you is probably actually internal. Both curses and black magic are more about the seed it plants in your mind than actual forces on your life.

I liken it to when an irresponsible astrologer tells a person that they will face great difficulty, the loss of a relationship or other such nonsense that isn’t written in stone. We, as humans, then start to look for that stuff and even unconsciously manifest it into our lives because we begin to self-sabotage ourselves. This is really the reason that some religions consider astrology evil, because making people believe that negative things are to come can plant an emotional or mental seed that grows into an ugly, self-fulfilling prophecy. Astrology itself isn’t evil, but some astrologers can be if they take advantage of people — and it is no different than cursing them.

If your life has suddenly gone epicly awry, have no fear! Regardless of the type and power of the curse you think has happened, and yes — even if you watched your elderly neighbor give you the evil eye over the shrubs, you can break it.

You have the strength to dispel any curse, because being cursed is all about your reaction to it and your belief in it — consciously or subconsciously. Sure, you can use symbolic, magical, spiritual, or religious means to help you release that energy if that raises your vibe. Additionally, expose yourself, even if just for moments per day, to positivity and love. A high energy helps you rise above what someone tried to do to you, and what you may have been doing to yourself since. In the end though, there are no curses without you giving them power. You’ve got this. 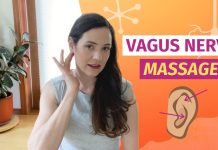 A Speedy Self-Massage for Stress 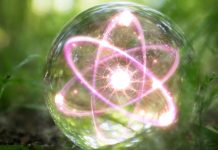 Epic Playlist to Raise Your Vibe 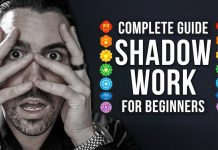 Shadow Work: Embracing Your Dark Side 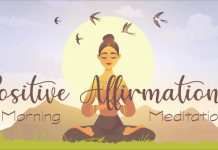 The Zodiac As The Seven Deadly Sins

Epic Playlist to Raise Your Vibe