There are a lot of religions and faiths out there that people don’t know a whole lot about or misunderstand. Followers of Sikhism, for example, are often confused with followers of Islamic religion despite being the 5th largest religion in the world. The Sikh religion was developed in India in the 16th century by Nanak Dev and continued to be developed by more gurus in the 17th century. There are a lot of doctrines and teachings in the sacred book the Guru Granth Sahib or Adi Granth, but here are a few basics beliefs held by Sikhs. Followers of Sikhism believe in a single God, reincarnation, and value positive ideals.

Sikhism is a monotheistic religion, meaning Sikhs believe in a single God. Sikhs believe that everyone has the same status as God, and God’s will must always be accepted. The Sikh God is a creator deity and embodies all things positive, including love, selflessness, and truth. According to doctrine, Sikhs should strive to embody God’s characteristics. God must not be worshipped through idols nor represented through art.

Like Hinduism, Sikhism promotes the idea of reincarnation and the effects of karma. A person’s positive and negative actions affect their next life. When someone dies, they are born into this world again. Depending on how many sins and misdeeds they’ve committed, the outcome of their new life is affected. The ultimate goal is to use each life to get closer to and eventually attain salvation, the end of being born into suffering. Breaking from Hinduism, the Sikhs believe that more than just plants and animals are living creatures. All aspects of the environment, including air, water, and earth are seen as alive.

Sikhism promotes positive ideals, including truth, charity, compassion, and love. Sikhs view everyone as equals, regardless of sex, religion, caste, and any other categories you can think up. They believe that God is in every human, and as such equality must be practiced towards all. On the opposite side of the coin, it is also important for Sikhs to denounce and repress un-Godly mannerisms (sins), such as lust and rage. Sikhism promotes an atmosphere of a loving community and selfless service. It is a religion moved by positive ideology.

Sikhism is a very positive religion that promotes a strong sense of community and compassion. While it is relatively new as far as religions go, it is quite popular, and it’s no wonder why. It’s promotion of equality, love, and strong community is absolutely inspiring. 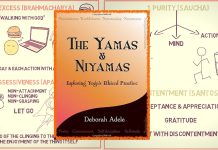 Using Your Horoscope for a Happier Life

When You’re Heartbroken and Want Them Back

3 Reasons Why You Shouldn’t Kill That Spider

Signs You’ve Got a Problem with Your Root Chakra (And What...