Geminis are complex and full of contradictions, which can cause many other signs to lose patience with them. Of the 12 Zodiac signs, Geminis the Twin often has a bad rep for being flaky or two-faced, but that is not always the case. The quick and lively Gemini is one of the most misunderstood celestial signs. Let’s set the record straight. Read on to unravel a few of their many secrets.

A Gemini Does Not Want To Fight

While some signs live for conflict, Geminis are different. They would really rather avoid conflict, and will generally walk away if they don’t feel the situation is worth it. However, don’t mistake this for weakness. If you have managed to pick a fight with a Gemini that they feel is worth winning, watch out. They will probably win.

If you’ve ever been in an argument with a Gemini, you might be primed to disagree. It’s not that Geminis can’t argue. They would argue with a brick wall given the chance. It’s just that they can’t handle bigger conflicts. You’ll likely find them diving into work or heading off on an adventure instead of confronting larger issues head-on. That’s how much they hate fighting.

If you do manage to pick a fight with Gemini–and why would you want to?!- you should be warned that they can be pretty fierce. Their natural smooth-talking nature could make you forget just how sharp their tempers are when they’re finally unleashed. Finding a way to talk to them about a big problem without unleashing the beast could involve a level of diplomacy many star signs may not possess. It can take a special kind of communicator to work out a conflict with a Gem.

Geminis Are Incredibly Loyal…To Those They Feel Are Worth It

Geminis have a bad reputation for being flaky, but those who have managed to gain the respect of a Gemini know that they have a powerful friend in their corner. Gemini’s quick wit and sometimes cutting remarks can be used to stand up for the people they care about. They may avoid personal conflict whenever possible, but that doesn’t mean they won’t step up and save the day for you if you need them. They’re pretty amazing like that.

Geminis are all about loyalty, but they aren’t all about giving it away to anyone. They carefully screen the people in their lives. They have fairly exacting standards, and not everyone will make the cut. If you don’t measure up, it will be very clear. For the people who do, Gemini can be a friend for life.

The Path To A Gemini’s Heart Is Through Their Mind

Geminis have a thousand thoughts at once. They are great at starting projects, but not always good at finishing them. While they can be flirty smooth-talking social butterflies, who seem to love everyone they meet at first, what Geminis really crave is connection and intellectual stimulation. If you can bounce through topics with ease and love to exchange wacky ideas you will find a friend for life. This misunderstood astrological sign is down for anything different and genuinely wants to hear what you have to say, as long as it’s interesting.

They’re deeply curious. They look for something of interest in friends, in partners, and even in their work. They want to be challenged, and they are deeply attracted to smart people both romantically and platonically. If you want to win them over, do a deep dive into a topic of interest. Skip small talk and the weather in conversation. They just aren’t interested.

You may have noticed that the Gemini in your life can hold their own in conversation. They are one of the chattiest Zodiac signs. One reason is that they absolutely hate to be alone. They much prefer being surrounded by other people. Even introverted Geminis may seek out social stimulation either online or with close friends.

Geminis mean well, of course. They just have trouble resisting juicy bits of gossip. They love being the first one to tell any big news. They may need a gentle nudge away from any gossip, and it might be best to remind them of any secrets you don’t want to be spread to all and sundry. They can keep a secret, you know. They just may not want to.

They Think The Answer to Everything Is Humor

It’s easy to think charming Gemini doesn’t take anything seriously. You might have noticed that they think humor is always the answer. They don’t mind a little gallows humor even in the most stressful of circumstances. While it may sometimes seem inappropriate, you’ve got to admit that they usually have great timing and can help lighten the mood.

This is one of their strengths. Gemini keeps the people around them in stitches with jokes, banter, and quick comebacks. They will roast you as quick as they’ll tell you a dad joke. Their wit is legendary for good reason.

Geminis are certainly capable of taking life seriously. They just don’t see the point in it. They’d rather have a good time, and their way of seeing all sides of every situation can often help them find the humor in them as well. If laughter is indeed the best medicine, Gems are probably in pretty good shape.

Geminis find it difficult to commit to anything–from relationships to what they want for dinner. They’re notoriously indecisive. It doesn’t really help that they see so many possibilities in life when you just want them to hurry up and choose a place to go for lunch. Decisions really aren’t their strong suit, and this could frustrate more impatient signs.

It comes as no surprise that committing to relationships isn’t a Gemini strength either. Anyone partnering a Gemini might want to settle down for a long courtship. This sign won’t rush to commit. They tend to play the field, flitting between one relationship and the next until they find the right one. They’ll want a partner who can challenge them on every level while still meeting their exacting standards.

You could blame their commitment issues on their short attention span or bottomless curiosity, but the truth is a little more complicated. Geminis are an all-or-nothing sign. They may take a little longer to fall in love and decide on a partner, but once they do, they’ll be in it for the long haul. Even though it may take them longer to commit, you can rely on them once they’ve made up their minds. It may require a little extra patience from a partner, but they’ll show you that they were worth waiting for.

Everyone has probably met a Gemini at some point in their lives and just didn’t know it. They are the charmers of any group. They have a clever way with words and know just what to say to flatter and flirt. Because they also like to laugh, they may flirt by teasing. When you’re the object of their attention, it won’t be subtle. They’ll be sure to let you know you have their admiration and attention.

They’ll also use their smooth-talking ways to schmooze colleagues and bosses alike. Their flirtatious nature can come in handy with business networking, and it’s unsurprising that many Geminis are able to successfully climb any career ladder. They don’t have to sleep their way to the top when they can just smile, charm, and shamelessly flirt their way there just by being themselves.

Part of what makes Gemini so effective at flirting is a genuine interest in other people that can be extremely flattering. Combine that with their quick-wit and clever banter, and it’s easy to see why they’re considered so irresistible. Who would even want to resist them?

The downside of that tendency is they might continue flirting even if they’re in a relationship. This can be frustrating for many signs. Jealous partners likely won’t be a good fit for flirty Gem. It’s not that all Gems are unfaithful. Remember: they’re often incredibly loyal. But their brand of intense flirting may not sit well with every sign. Proceed at your own risk.

They Live For Novelty and Adventure

You already know they’re attracted to intelligence and are deeply curious. It’s pretty natural that they live for novelty and adventure. They love to chase thrills, and they hate to be bored. They’re often restless and constantly on the move, and they’re always looking for something that captures their interest.

This can make them a fun friend or partner because their enthusiasm can be catching. Homebodies who never want to go outdoors or spontaneously set off on an adventure might not understand Gem’s tendency to do both. Gemini could thrive in a relationship that allows them the freedom and balance to independently pursue their interests, but they’ll likely lose interest in any relationship that asks them to give up what they love doing.

Geminis are often considered two-faced, but the deeper truth is that they see both sides of everything. They see the light and the dark in any situation. Their thoughts are always buzzing around and latching on to new ideas. They’re always learning and considering. This makes them classic overthinkers. They have backup plans for their backup plans, and they’ve likely considered every possible scenario in any given situation.

For Gems, this can be exhausting. With all this thinking, they can get overwhelmed, overstimulated, and just plain worn out. When this happens, it’s best if they can get some downtime to recharge. Otherwise, they can get badly burned out.

Just because Geminis are capable of handling many tasks and solving many challenging problems doesn’t mean they don’t need a break or support from the people around them. They are often independent and won’t always ask for help. They could still use a hand now and then to carry some of the load. They may have thought out each possible scenario in any situation, but they’ll still appreciate having some of the pressure alleviated if you step in to offer a little assistance.

Geminis Can Be Guarded But Have Big Feelings

For all their charm, Geminis can have a wall up in their relationships. This can make them feel distant at times, but the truth is that Geminis have big feelings. So big, in fact, that these feelings can be overwhelming. While Geminis is ever-adaptable, they may shut down some when they feel powerful emotions. They’ll only open up to people they really trust. If you’ve seen a glimpse of their strong feelings, know that you’ve been allowed beyond the wall and into their inner circle.

Gemini’s two-faced reputation may be a bit unfair, don’t you think? It’s not that they are deceitful. They just have many layers–layers they won’t just show to anyone. You might have to earn their trust before you’ll be able to get to know them better. Otherwise, you’ll only see what they want you to and nothing more. Just don’t mistake their charming smiles for weakness or you could be on the receiving end of their notably fierce wit.

There’s more to Gem than meets the eye. You may just have to have a little patience and the willingness to do what it takes to earn their trust. Their high expectations in relationships often come from wanting to keep their circle more about quality than quantity. The smart, quick-thinking, humorous, and loyal Gem is well-worth getting to know. 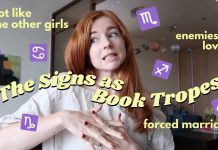 Talking Yourself Out of Negative Self-Talk

The Science of Happiness and Your Amazing Brain

How to Convert Stress to Peace